Aunt Mary you’ve done so much work, writing and making notes, and wrapping and securing. Thank you so much for your generosity. In this post, I’ve got photos of Viola Frances Sourbeer Stickell’s sewing box with jewelry.

An aside, let’s be clear that when Viola married Ira, women were not yet allowed to vote. That didn’t happen until August 18th, 1920 with the 19th Amendment to the U.S. Constitution but even then it was only white women. Black women (Viola was white, but this is important) were not allowed to vote in some states until the 1965 Voting Rights Act. 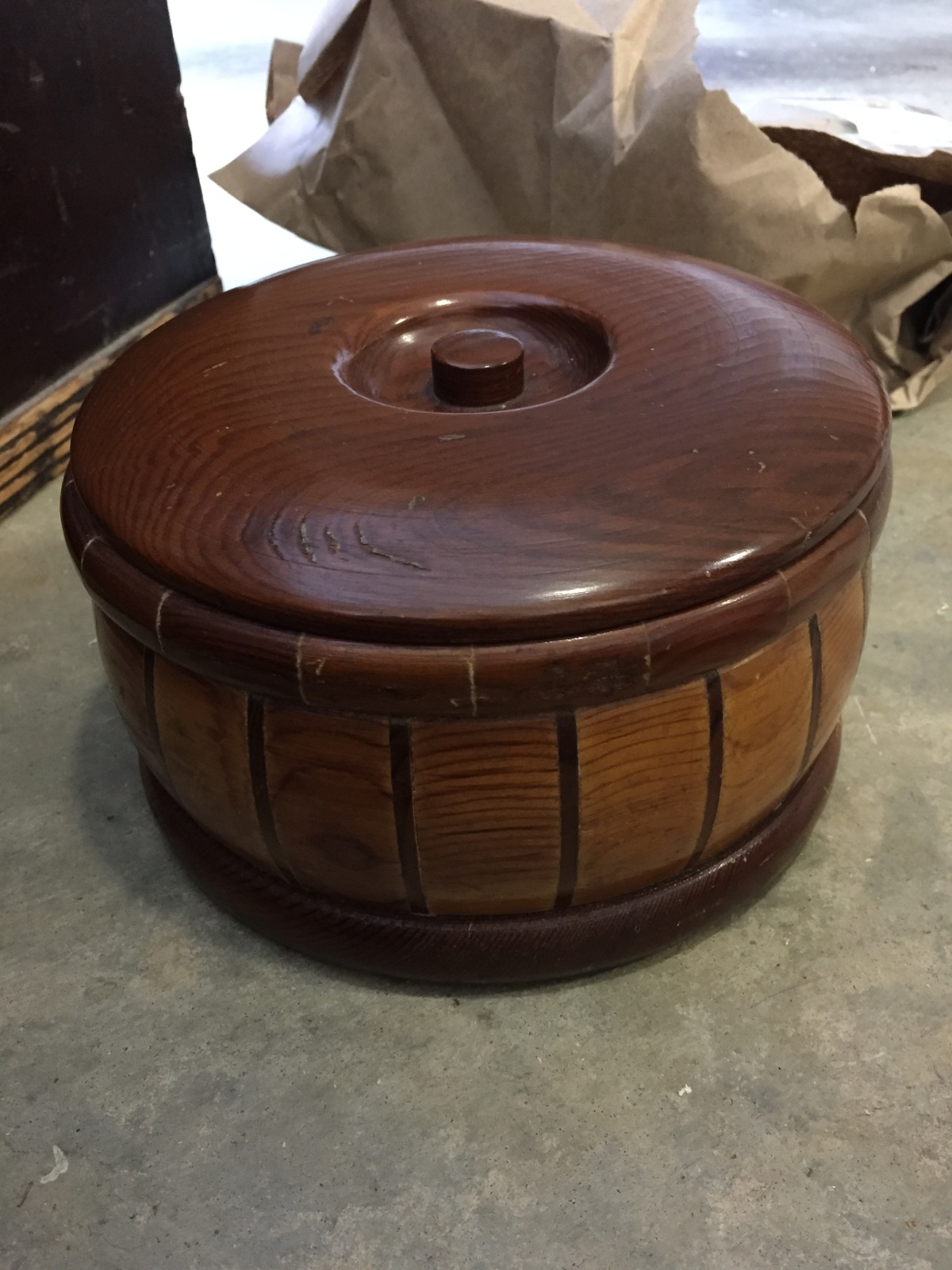 With the markings inside… Some googling tells me that these Standard Specialty Company products are from the 40’s and 50’s. I’ll have to ask Aunt Mary what she knows about the container. Viola passed in 1942, so there is more to this story! Nonetheless, this box holds some really special things. 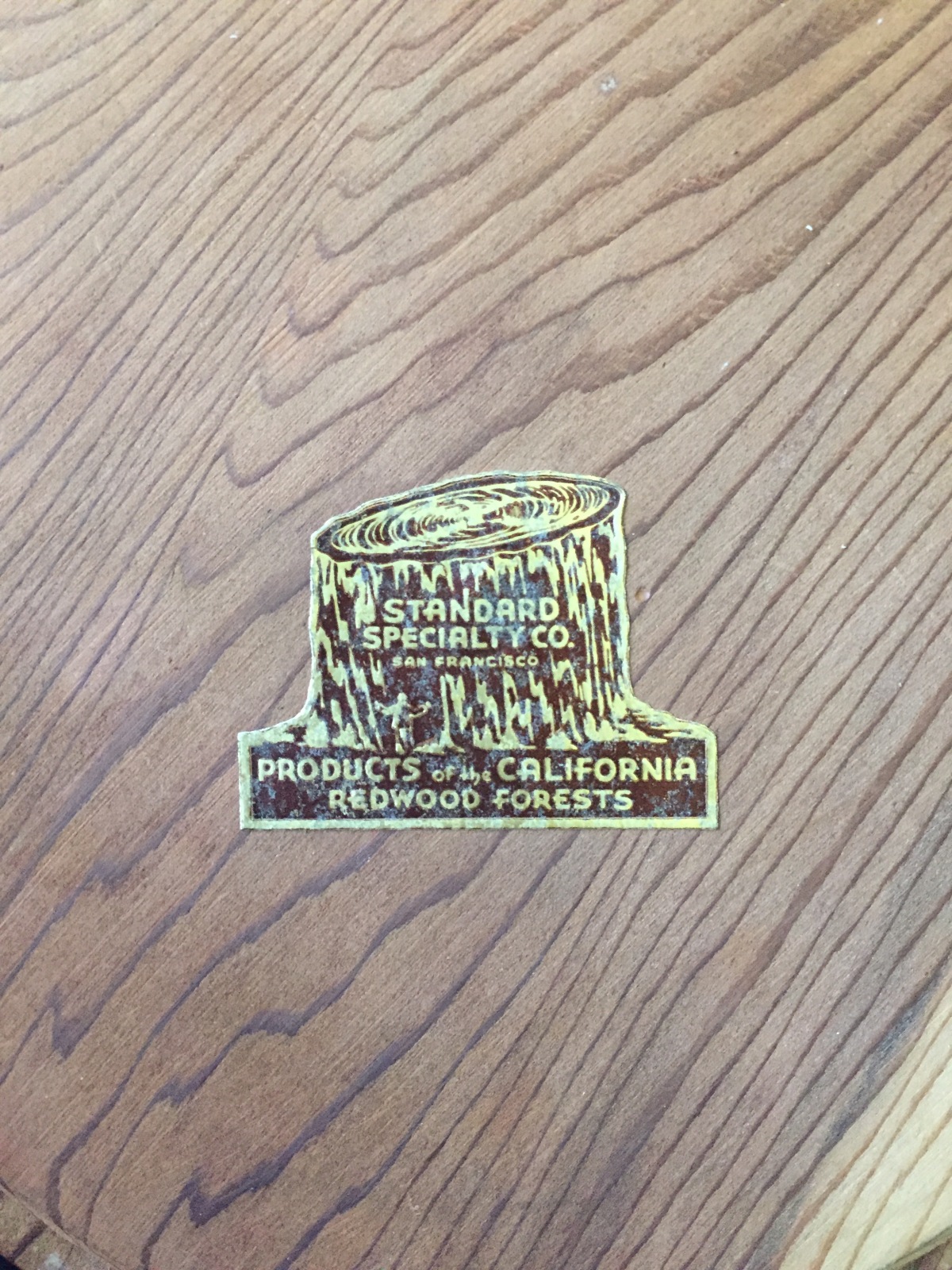 And have you EVER seen anything this beautiful? (You had great taste, Viola!) 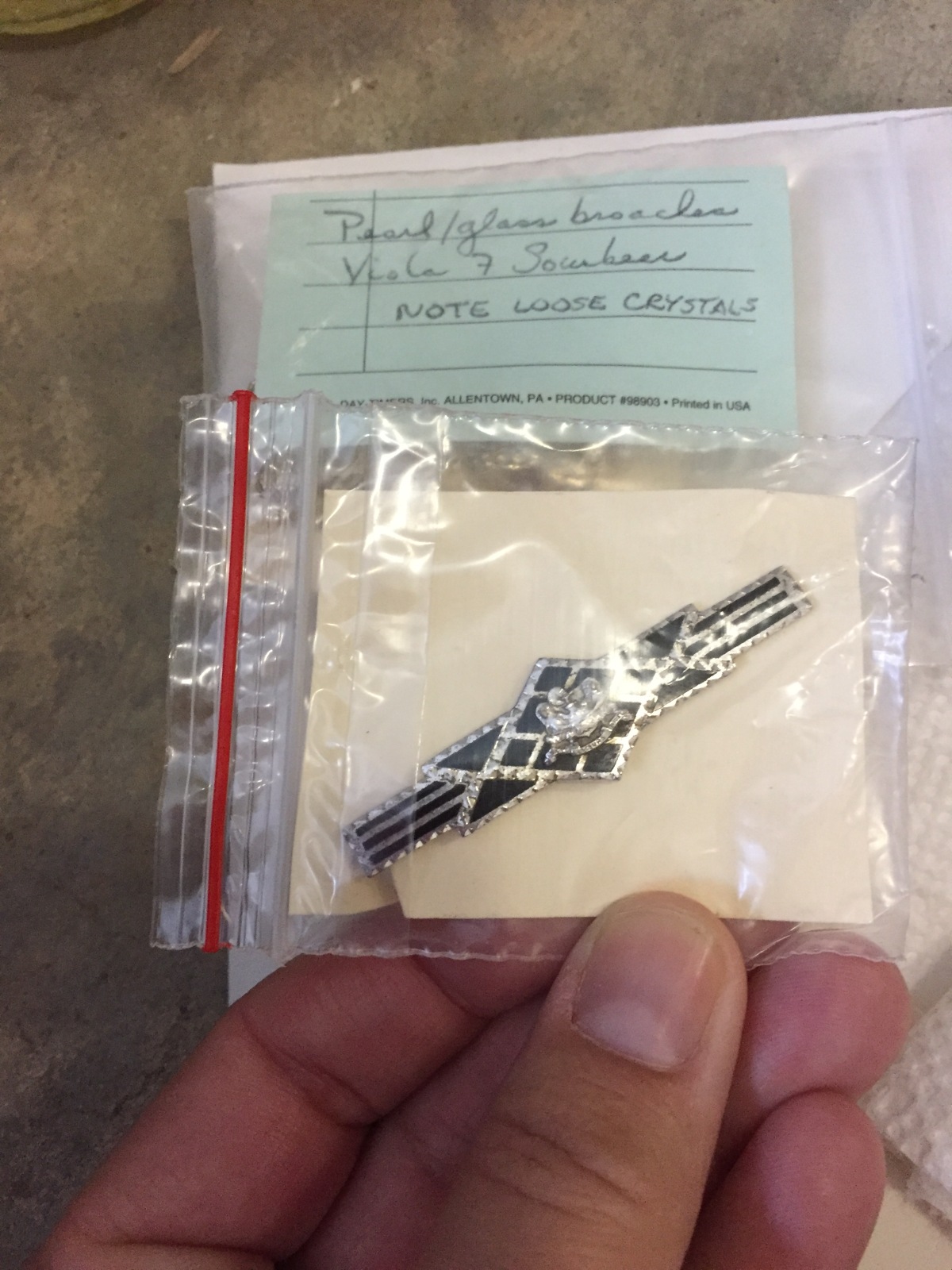 And this beauty of a bracelet that actually fits my wrist:

And what on earth is this? Dare I post this publicly? It comes apart.

Lemme know if you recognize this ^ thing, okay? Also, I clearly need a manicure.